Gilead vs. Vertex – Importance of a Pipeline in the Eyes of Investors

As the recent rise of pre-clinical initial public offerings (IPOs) indicates, investors in the life sciences no longer need to see an actual treatment to make an investment. Rather, the promise of a novel treatment may be just enough to land a company access to more funds. Easier said than done of course.

A life science company’s pipeline is its lifeblood. Today’s post will compare two companies: Vertex and Gilead. Vertex, initially known for its cystic fibrosis (CF) product portfolio, has experienced strong shareholder growth in recent years on the promise of its pipeline, which includes a novel therapy to treat type 1 diabetes.

On the other hand, Gilead, which made a name for itself as an innovator in HIV therapy and subsequently in other areas such as hepatitis, has seen its share price remain relatively stagnant. Over the last 10 years, shares of Gilead grew a total of 115.39% while the S&P grew by 172.91%.

Vertex and Gilead have similar profiles, establishing their leadership in two critical areas of unmet need. Yet, Vertex’s share growth has far outpaced Gilead’s. Why? In the pipeline and fundamentals, lies the answer.

A global biotechnology company, Vertex initially made a name for itself in CF. CF, a rare condition that results in significantly declining lung function, afflicts 83,000 people worldwide. Vertex’s four treatments for CF – Kalydeco, Orkambi, Symdeko, Trikafta – can reach 90% of those patients.

In addition to Vertex’s CF treatments, its pipeline also includes a gene-editing treatment (in partnership with CRISPR) and cell therapy (the type 1 diabetes treatment mentioned earlier).

Like Vertex, Gilead initially entered the field treating one condition, HIV. In the United States, Gilead’s HIV treatment-Truvada-serves 80% of patients treated for HIV. Additionally, Gilead has expanded into therapies for hepatitis B and C, oncology, and pulmonary and cardiovascular diseases.

Currently, Gilead has several treatments in its oncology pipeline. Yet, despite its continued research and development, Gilead lags behind Vertex in terms of share growth.

Although Gilead has attempted to generate a pipeline outside of HIV and hepatitis C through acquisitions, those acquisitions have yet to pan out. According to Morningstar, Gilead’s acquisition of Kite brought meager sales growth.

Likewise, although Gilead has a treatment for SARS-COV-2, demand for that treatment is likely to wane as pandemic concerns continue to abate.

Vertex, on the other hand, has mostly developed its new therapies internally, which likely gives investors confidence that the firm can continue to build a robust pipeline outside of CF.

In addition to the pipeline, Vertex appears to be a better run company than Gilead. Let’s start with the Net Profit Margin (NPM), a measure of a company’s profitability for every dollar it generates in sales. Vertex boasts an NPM of 38.26% while Gilead has a NPM of 14.93%.

In terms of debt, Vertex has a Long-Term Debt to Equity ratio of 4% while Gilead has a ratio of 125%. Generally, companies that take on less debt perform better in down markets. Considering the potential for an economic recession in the coming months, Vertex’’s lack of leverage suits it well.

The story is the same with Return on Assets (ROA), a measure of how profitable a company is relative to its assets. In the life sciences, intangible assets such as patent protection are the most important. Vertex has a ROA of 22.98% while Gilead significantly lags behind with a ratio of 6.28%.

In the life sciences, company prospects rely on the promise of the pipeline. A well-managed company is a plus, but without a robust pipeline, your company will falter.

In order to get the most out of your pipeline, it pays to conduct analyses such as biomarker landscape to optimize the success of your clinical program. Please reach out to us at info@snowfish.net to learn more about how Snowfish can help build your pipeline through a thorough clinical review. 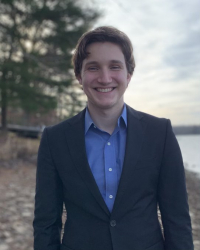 Alex Fishman
Alex Fishman is a Business Analyst for Snowfish. An economics graduate with distinction (GPA of 3.6 or higher) from the University of Virginia, Alex is enrolled in a Masters in Commerce with a concentration in finance this fall. He has written over 30 blogs for Snowfish.

Gilead vs. Vertex – Importance of a Pipeline in the Eyes of Investors

So You Are Worried About Your Pipeline?

Effective product planning requires asking questions, seeking answers, and analyzing the answers for insights. Don’t despair; you are not in this alone. We have the in-depth knowledge of the industry needed to answer your questions and provide actionable insights.

Snowfish focuses on pharmaceutical, medical device and biotechnology industries. We have launched products that are household names and attacked business challenges from the business, analytic, medical affairs, and communications perspective. We have national and international experience at senior management levels combined with hands-on clinical experience and expertise in sophisticated analytic techniques. The diversity of our team’s background and expertise is a key differentiator. Learn more about Snowfish.