How KOLs use social media

How KOLs use social media

June 30, 2020 Comments Off on How KOLs use social media Blog Post Snowfish 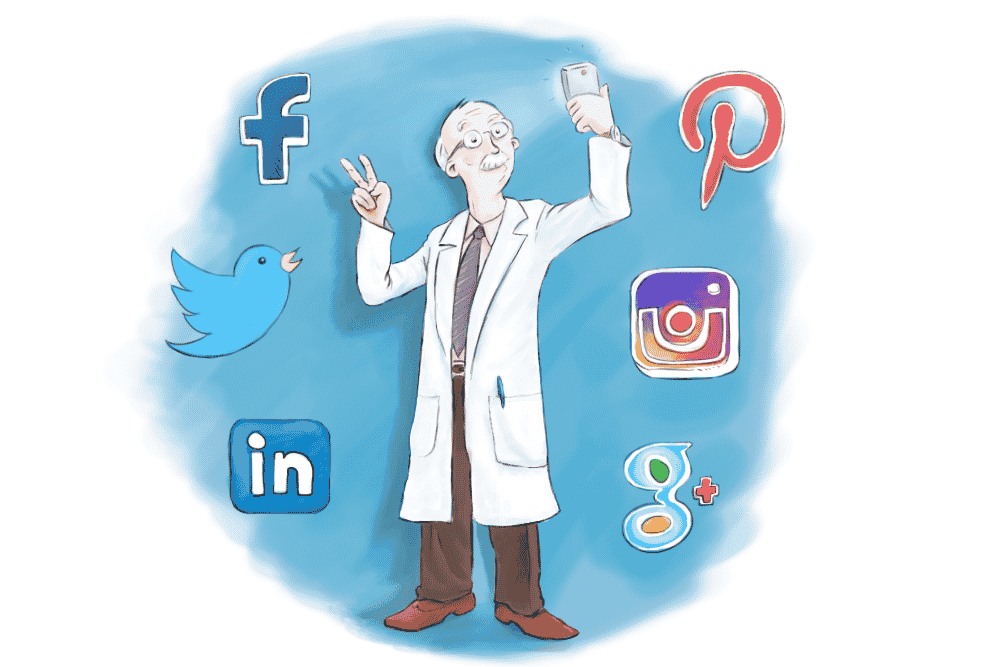 Many debates have been had on the merits of social media. When it comes to the health care industry, the terms “key opinion leaders (KOLs)” and “Twitter” tend not to belong in the same sentence. Understandably as historically, health care practitioners in general have tended to be laggers not leaders, when it comes to technology adoption.

Nonetheless, doctors, nurses, and other health care professionals are increasingly turning to social media. A survey, published in the series Studies in Health Technology and Informatics, found that of 4000 physicians surveyed, more than 90% use some form of social media for personal activities and 65% use social media for professional reasons.

Why should life science companies care about social media activity among their KOLs?

Social media is an incredibly powerful tool which can broadcast content out to millions often with little significant monetary cost associated with it. In the case of Twitter, 280 characters or less discussing everything from the latest innovations to the perfect pizza can be sent through the stratosphere in a matter of minutes. This makes it a very attractive media for companies in multiple industries. The life science industry is not excluded with digital strategies and departments ubiquitous even in the smallest start-ups.

Most often however, the flow of communication is between the companies and their customers (in this case, mainly professionals and patients). Yet, there is growing interest in understanding how the role of the KOL becomes digital and should their social media activity feed into their profile as the “ideal KOL”? This concept is quite intriguing as traditionally KOLs are judged on factors such as speaking, publishing, clinical trials, and society leadership. As more and more content is conveyed through social media channels, it should be assessed as to how adept they are with this medium.

A quick study on KOLs and social media

Snowfish recently analyzed a sample of 50 KOLs we mapped a while back for their social media activity. The results of our analysis are provided below. While we recognize that this only represents a single specialty, it sheds some interesting light. 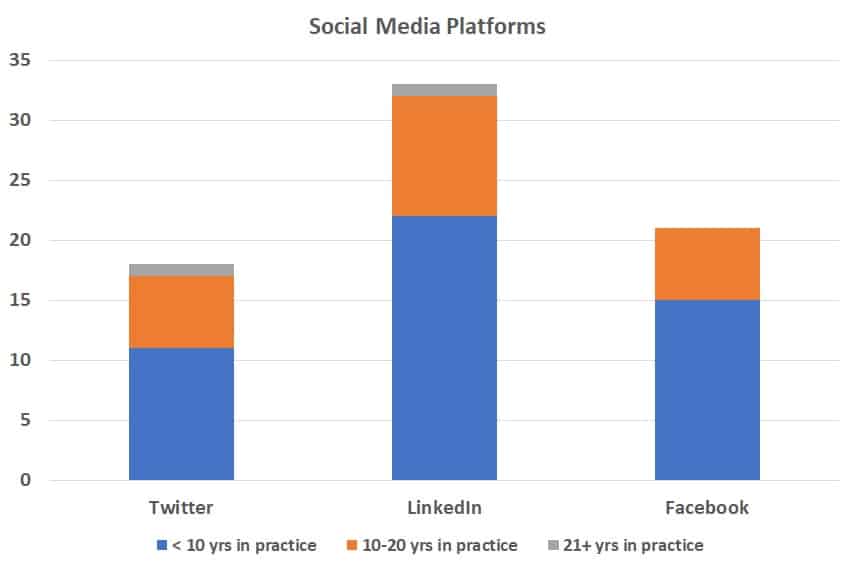 First, we found that 85% of this sample were active on at least one platform. This is in fact higher than we had originally estimated. With respect to platform, LinkedIn was the most common followed by Facebook and Twitter.

Popular thinking assumes that social media is reserved primarily for the young, i.e., millennials and below. Our analysis did indeed prove that point as of the clinical experts that used Twitter, 11 (58%) had less than 10 years of experience. However, when looking at the physicians who garnered the most following on Twitter three out of the top five physicians have been in practice more than 10 years. In actuality, individual with the most followers has been in practice for 19 years.

What this simple analysis has shown is that KOLs are undeniably using social media. The next question is what types of content are they posting on which platform.

As Spiderman’s father eloquently put it: “with great power, comes great responsibility.” The same can be said regarding influence. Each member of the top five has over 2000 followers. With that influence, these KOLs have the ability to reach a lot of people. The chart below shows that the KOLs’ professionally related posts fell mainly to Twitter and LinkedIn which included such things as shout-outs to colleagues/institution, research results, case studies, images, links to publications and re-posting employer content.

With respect to personal posts, this fell to Twitter and Facebook. While none of the KOLs physicians used Twitter purely for personal use, there were a number of tweets where it was clear that the content reflected the posters opinion and not their institution.

In contrast Facebook presents an entirely different trend. Of the 20 KOLs on Facebook, a majority (60%) used the medium exclusively for personal use such as family events and vacations.

Merits and demerits of KOLs on social media

Social media behavior, in today’s world, can make or break a professional’s career. Employers are now screening for hazardous posts from applicants. Although the individuals we analyzed are not applying for jobs, their social media posts can have subsequent impacts on the hospitals and universities they work for. To avoid backlash, the Colorado University School of Medicine cut ties with an anesthesiologist in 2016 over her racist comments on Facebook.

In the health care community, there is an ongoing debate on whether health care providers should be on social media. On the one hand, doctors risk undermining public confidence in the medical profession, which can lead to complaints and lawsuits. Likewise, physicians risk adding additional pressure to an already stressful job as approximately one in three physicians is experiencing burnout at any given time. On the other hand, doctors can use their following on social media to combat medical falsehoods and misinformation. Dana Corriel, a blogging physician, outlines that medical misinformation “[feels] like doctor and patient [are] not on the same team.  Corriel, a frequent twitter user, has amassed 10,800 followers and uses the platform to defend evidence-based medicine.

A word about social media and COVID

Combating medical misinformation has gained increased relevance as a result of the current pandemic. While doctors are busy treating COVID patients in hospitals, they are also waging a war against misinformation on the social media front. Conspiracy theorists such as Del Bigtree have promoted conspiracies and medical falsehoods concerning the coronavirus. In a phenomena dubbed the “infodemic” by the World Health Organization, conspiracy theorists have flooded social media with posts touting dangerous treatments, doubting the origins of the virus, and questioning the safety of a potential vaccine.

A public health crisis warrants a time where information should be factual. Although health care professionals endure risks when dealing with social media, they have the power to save lives as they can combat dangerous medical falsehoods with their credibility.

Melissa Hammond is Managing Director at Snowfish. For almost two decades Snowfish has been a leader mapping key opinion leaders and other stakeholders of all specialties and disciplines. This includes leaders in social media. We use an approach rich in data combined with the human element. Please reach out to us at snowfish.net or info@snowfish.net  to us to learn more about how Snowfish can empower your stakeholder engagement strategy.