June 20, 2019 Comments Off on Rx deflation in an era of rising costs – Insights from the generics industry Blog Post Snowfish 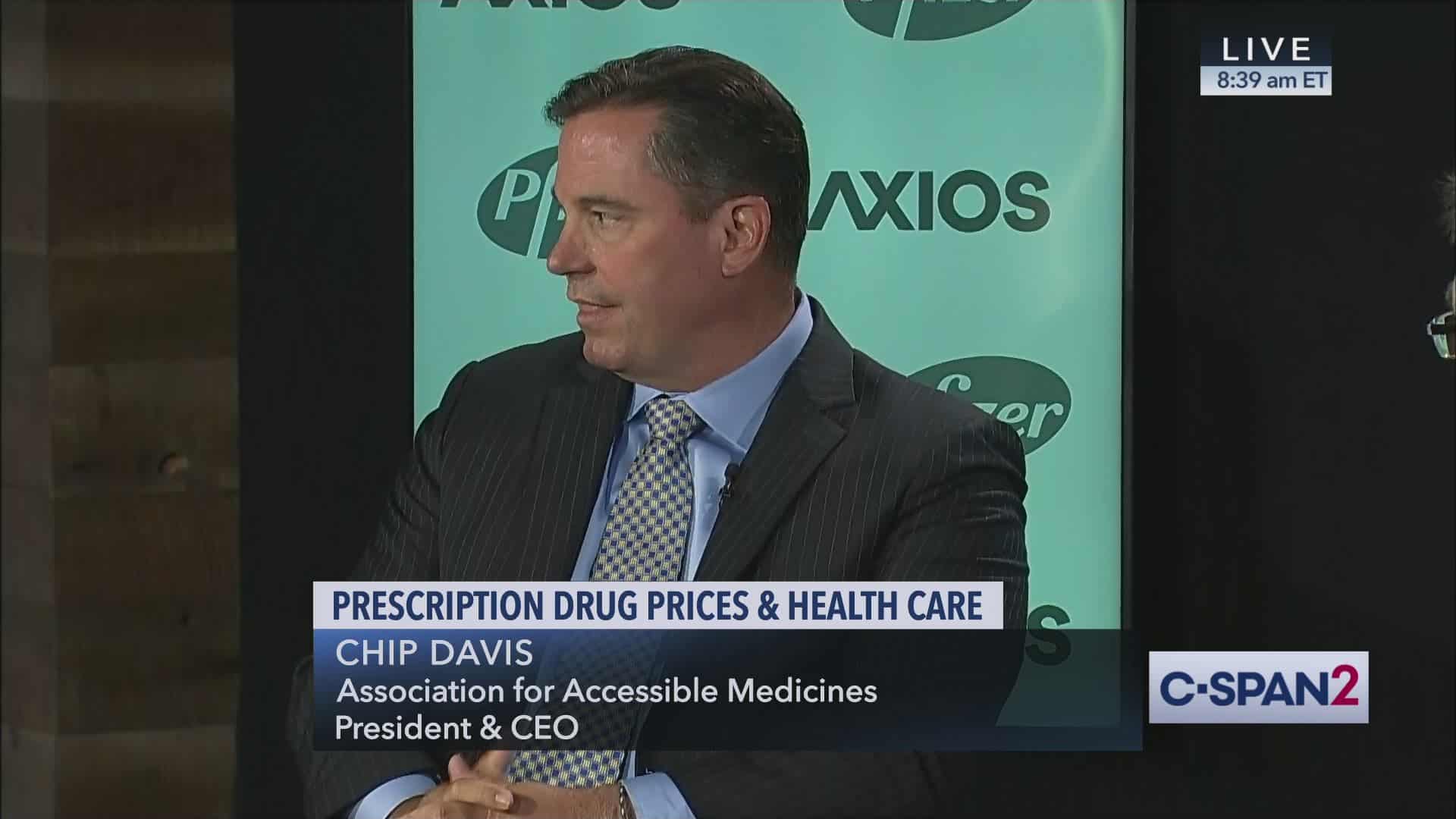 Welcome to the second post based on the Axios program Beyond 2020: Making Care Affordable featuring leading administration, legislative, and industry stakeholders. The goal of this program was to inspire thought on how best to manage the costs of prescription therapies. The first article in this series delved into the topic of the cost of new gene therapies including insights from former FDA Commissioner Scott Gottlieb. This post summarizes a discussion with Chip Davis of the Association for Accessible Medicine (which is in fact the trade group that represents the generics and biosimilars industries). Similar to Dr. Gottlieb, Chip provided insights on widely held assumptions related to generics. This includes the access to and cost of generics and biosimilars.

Assumption: Generics are not being prescribed enough which is why costs are so high.

Contrary to popular belief, underutilization of generics is not the problem as the vast majority of drugs prescribed are indeed generics. The issue is that the generics industry has undergone a deflation with the cost having gone down for 35 out of the last 37 months. One reason according to Chip is that despite the need for “a lot of buyers and sellers” to keep the business going, “three buying groups control 92% of generic spend in the U.S.”

Assumption: There is a shortage of biosimilars.

Reality: There are 17 approved biosimilars but only seven that patients have access to.

There is no shortage of biosimilar agents, the issue is access. This has often found to be driven by payers. Chip cited the example of United Healthcare where the branded biologic was preferred over an available biosimilar.

Assumption: Biosimilar should be much cheaper than the branded version.

Reality: They already are, but they should not be subject to commoditized pricing due to the challenging nature of their development.

“Exceeds 400 million dollars” is what Chip noted as the cost for follow on biologic development. Significantly more complicated than standard generics. “The price needs to sustain their operations”. Even still, biosimilars are 47% less expensive than their branded counterparts.

The current Administration is pushing for more competition through generics and biologics as a way to reduce health care costs. However, Chip directs us to the fact that competition is indeed decreasing, mainly due to companies cutting their portfolios when certain products are just unsustainable. He refers to one company who last year may have carried 800 generic drugs reducing that to 600 a year later. Terms such as ‘optimizing our portfolio’ tends to mean “your rationalizing your portfolio.”  The drugs that companies tend to cut are the ones that cannot be manufactured for what the customers are willing to pay.

Chip reinforced the need for competition but cited issues with a “rebate trap” that could drive their out of pocket costs even higher than branded therapies. Essentially, the biologic originator is incentivized to take a large increase in the list price to compensate for the increased rebate demanded by the pharmacy benefit managers or PBMs, “thus pushing the biosimilar downstream.”

Early in the current decade, the generics industry petitioned Congress and the Administration with the desire to “normalize and create equity in manufacturing generics.” With that a user-fee program was created raised $4B over 10 years and essentially built the Office of Generic Drugs and the Office of Pharmaceutical Quality.

Look out for the final article from this fascinating program where we will highlight the legislative viewpoint.

Snowfish is a strategic consulting company that partners with life science companies to map their unique stakeholder landscapes. Snowfish has been a mainstay in the industry for almost two decades. Please reach out to Snowfish to learn more.