Telemedicine: Are we at the tipping point?

Telemedicine: Are we at the tipping point?

June 3, 2020 Comments Off on Telemedicine: Are we at the tipping point? Blog Post Snowfish 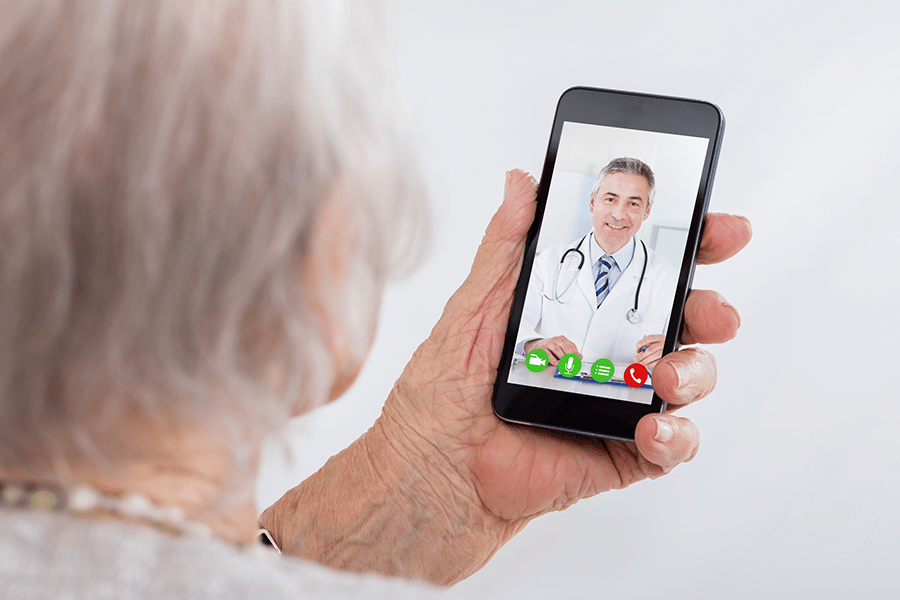 Grimacing in pain, a man stumbles into a packed emergency room. Empty seats are nonexistent. Through heavy breaths, the man croaks a cough. Scowls from across the room pierce the man. After running some tests, the doctors conclude that the man has acute bronchitis.

News of harrowing scenes in hospitals treating COVID-19 has distracted from the fact that the health care system still must treat patients with non-COVID related illnesses. The problem: Americans want to avoid hospitals and clinics at all costs for fear of contracting the virus. It makes sense; older folks do not want to sit in an office or waiting room and potentially infect themselves. Today, the majority of Americans do not even feel comfortable going to a retail store. Without the ability to go see providers in person, Americans have increasingly come to rely on telemedicine. According to the American Telemedicine Association, telemedicine “allows health care professionals to evaluate, diagnose and treat patients in remote locations using telecommunications technology.” As a result of the pandemic, the demand for telemedicine has skyrocketed. American Well, a telemedicine provider, “has seen a 1,000% increase in visits due to Covid-19, and in some geographies, it’s more like 3,000% to 4,000%.”  While Americans are increasingly relying on telemedicine in the near term, questions remain whether the US healthcare system will incorporate telemedicine permanently. In his book The Tipping Point, Malcolm Gladwell argues that the tipping point occurs when an idea or trend “crosses a threshold, tips, and spreads like wildfire.” In the past, barriers such as technological limitations and insurance reluctance have prevented the adoption of telemedicine. 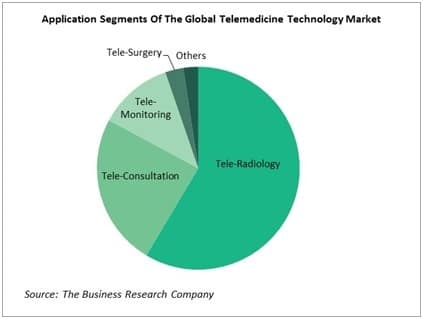 Pre-COVID, telemedicine was growing at a snail’s pace because of widespread industry reluctance to it. In the past, insurance companies and Medicare were unwilling to reimburse virtual consultations. A 2019 report found that only 10 states have telehealth payment parity laws, that require healthcare providers to provide the same reimbursement for virtual and in-person visits. Similarly, some states do not even mandate insurance companies cover telemedicine visits at all. For states requiring insurance companies to cover telehealth visits, patients often have to be in designated rural areas  to qualify.

Broadband internet access has been a key hurdle for telemedicine providers to jump. In 2000, 4% of households used broadband. By 2011, 69% of households had access. Even in 2017, states with higher rural populations and lower median incomes have had lower rates of broadband adoption. Without broadband internet, virtual video consultations are difficult to facilitate and large date files cannot be transmitted as quickly and reliably, rendering rural hospitals unable to provide telehealth services. 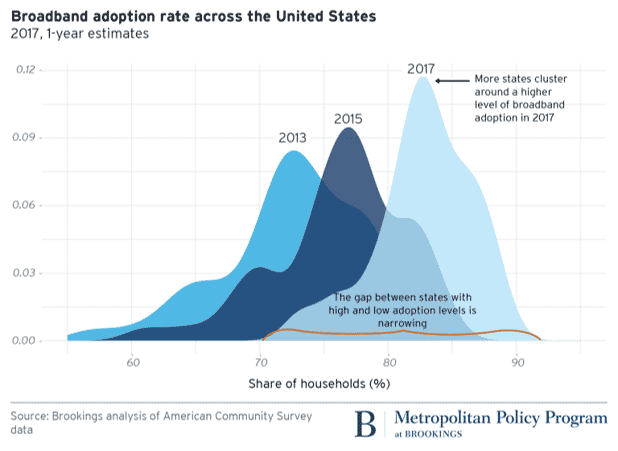 In the past, insurance reluctance and limited technology have provided valid excuses for the U.S healthcare system to ignore telemedicine. However, COVID-19 has turned a slow adoption into a rapid transformation. Sociologist Jeffrey Alexander argues that “problems become crisis … when they move outside their own spheres and appear to endanger society at large.” Limited healthcare access has long been a problem for poorer rural areas. Yet as a result of the pandemic, people in urban areas are unable to access healthcare as hospitals became overrun with COVID-19 patients. Thus, the problem of the few has now become the crisis of the many.

Telemedicine has shifted from being an idealized practice to being a necessity. According to The Hill, the expected number of COVID-19 deaths “is likely to more than triple by the end of the year.” Pressure from the public and the ill alike has caused the healthcare industry to undergo profound change in a short time. With the influx of COVID patients, hospitals now have to rely on telemedicine to treat those who still need care but are not infected with the virus. In response to the pressure, the federal and state governments have had to act. To assist healthcare providers, the Trump administration has loosened regulations on telemedicine. According to CMS, “under this new waiver, Medicare can pay for office, hospital, and other visits furnished via telehealth across the country and including in patient’s places of residence.” In Washington, state insurance commissioner Mike Kreidler issued an emergency order requiring state-regulated insurers to cover “additional methods for providing telehealth, including telephone and video chat tools, such as FaceTime, Facebook Messenger video chat, Google Hangout video, Skype and Go-to-Meeting.” Due to the nature of the pandemic, insurance companies no longer have the backing of the government and thus the power and leverage to deny patients reimbursement.

Although many households in rural areas still lack access to broadband, the rise of 5G technology will compensate. The construction of 5G networks will only serve to bolster telemedicine’s presence in healthcare. 5G will allow rural residents to access telehealth through their phones. To supplement broadband, developers are now creating apps that attach to smart phones such as blood pressure monitors, EKGs, step counters, and pulse oximeters. These devices not only give remote reads for doctors but also deliver continuous 24 hour reads. They  can help give more accurate representations of vitals as they help prevent phenomena like white coat hypertension. Aside from expanded access, the 5G technology improves image quality and reliability as well as aiding areas such as virtual reality that can be used in used in extremity rehabilitation.

Returning to Gladwell, he argues that thresholds must be met in order for a trend to be widely adopted. Central to Gladwell’s point is the Stickiness Factor, the ability of the idea or trend to remain in the public conscience. COVID-19 is the Stickiness Factor. Although cases may start to decrease in the coming year, fears associated with virus will not quickly leave the American mind. Just as companies will start allowing workers to telework, healthcare providers will be more inclined to practice telemedicine. I expect the pandemic to be a monumental event that alters American society for the next century. Overall, the confluence of technology and the current disease state will force the adoption of telemedicine.

Alex Fishman is a Snowfish intern. When not working and blogging for us, he is a student at University of Virginia where he is studying Economics and Sociology.