The Global Aging Boom And Considerations For Therapy Development: Industry Progress Over The Past 20 Years

The Global Aging Boom And Considerations For Therapy Development: Industry Progress Over The Past 20 Years

May 14, 2015 Comments Off on The Global Aging Boom And Considerations For Therapy Development: Industry Progress Over The Past 20 Years Blog Post Snowfish 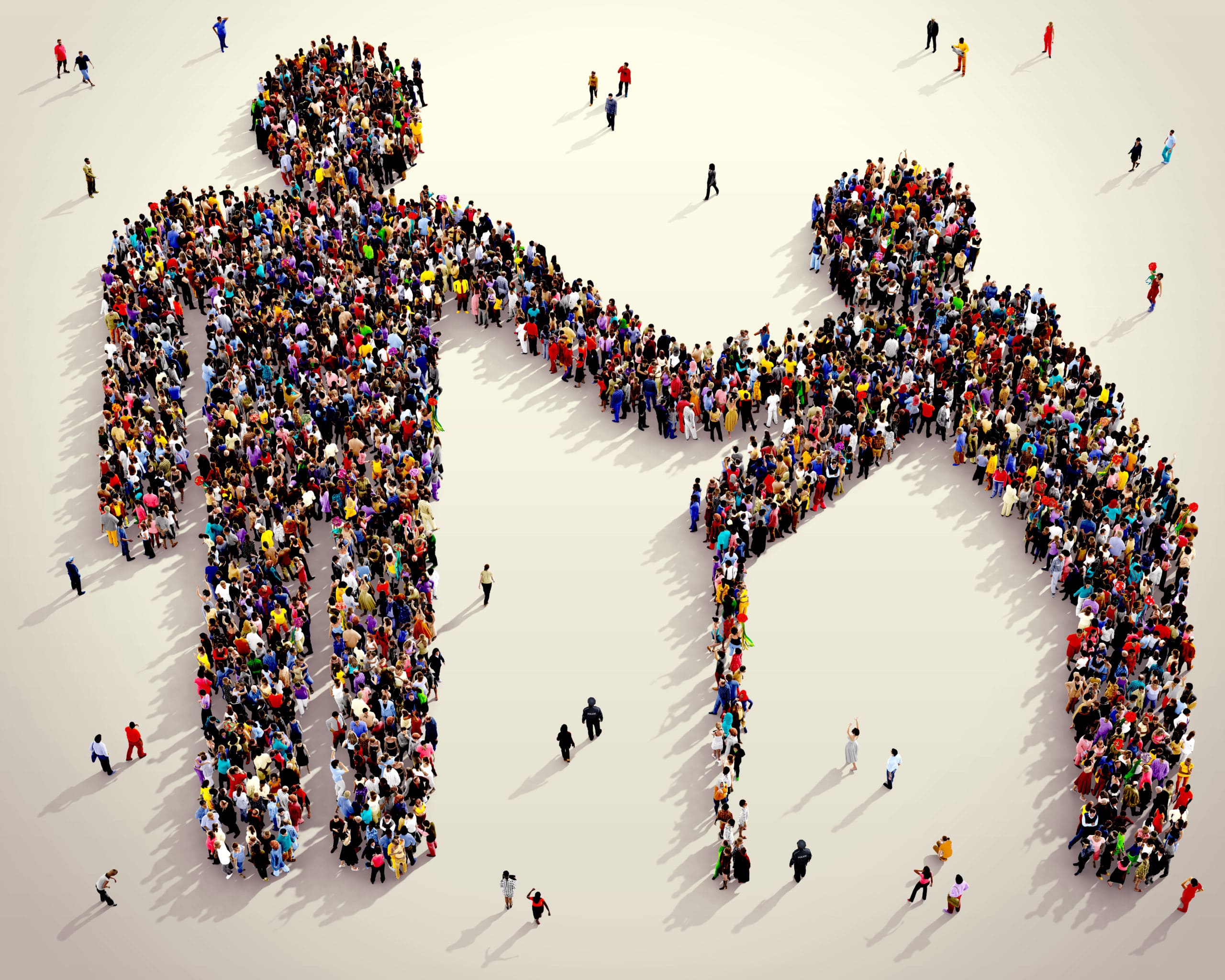 We are currently on the verge of the most pronounced growth in the geriatric population ever experienced. By 2050, the United Nations estimates that the elderly population of the world (persons 65 and over) will double, from 7.6% to 16.2%. The fastest increase will be of those 85 and older. What is so critical to the healthcare industry is that with increasing age comes greater comorbidity and likelihood of an adverse drug reaction or interaction. Aging impacts the pharmacokinetics and pharmacodynamics of many drugs by reducing hepatic metabolism (as low as 30-50%) and renal function while increasing the volume of distribution of lipid soluble drugs. Consequently this extends a drug’s elimination half-life.

Thus, there has been an ongoing call to action by experts in aging to the therapeutics industry to modify the way we do business, particularly in the area of drug therapy development. In fact, as far back as 20 years ago, experts raised concern regarding the lack of consideration for the older adult population during the planning and development of drug therapies, even those specifically targeted for use by older individuals. A summary from a workshop piloted by the Institute of Medicine (IOM) focused on Drug Development for the Geriatric Population published in 1990 expressed the need for significant changes in the effort to address this demographic shift.

As it has been 20 plus years since this document was written, I thought would be important to determine how much progress the industry and related stakeholders have made. I have chosen to focus this post as well as the next on three of the key recommendations offered by this expert panel with an assessment of any developments that may have taken place. The final three will be covered in a subsequent article.

The experts suggested that drugs destined for the geriatric population should be developed so that they ideally fit the needs of the aging body. They would produce effects at a pace which maintains physiological balance. This would be slow enough to reduce shock to the system yet as quickly as possible to relieve symptoms at minimal doses.

While such products do not yet appear to be available, there is evidence of developments which if applied effectively could eventually accomplish this goal. For example, personalized medicine such as intelligent dosing uses computer models. It takes into consideration a multitude of factors to determine the ideal medication dose for a given patient. In the area of drug delivery, innovations such as a multi-unit particulate system may allow drugs to be dosed in a highly precise and individualized manner by allowing a combination different pellets within a capsule or tablet to take effect at different times and at varying strengths. More appropriate drug formulation is also being examined; possibly greater availability of liquid formulations, rapidly dissolving tablets, and even drug-impregnated film that may be placed on the tongue. Additionally, there has been interest among some researchers to address deficits in visual and tactile ability which result in difficulty of patients to differentiate one pill from the other.

While the number is still relatively low, companies have been taking interest in therapies for diseases of aging and those for frailty itself. In particular, for a few years now, Sanofi has had the Aging Therapeutic Strategic Unit. This department is charged with rethinking how treatments to the aging population should be developed and delivered. According to an article discussing the Unit, there is concentration in detecting, preventing and reversal of age-related dysfunctions, disorders, and diseases including Alzheimer’s, chronic pain, osteoarthritis, hearing disorders, sarcopenia/frailty. More recently, Abbvie and Google have paired up with the goal of spending up to $1.5 billion to research and commercialize novel drug treatments for diseases common in aging individuals. This ranges from cancer to Alzheimer’s disease.

The report commented that in the late 1980’s there were few geriatric trained faculty in medical schools. They blamed those circumstances on the lack of “drive to develop a geriatric research environment”.

As of 2013, there were 137 Liaison Committee on Medical Education (LCME)-accredited medical schools in the US. The encouraging news is that the vast majority of schools offer in some form, geriatric education or training. Still, the majority of the faculty who lead these programs do not have formal geriatric training; as of 2005, only 44% of directors of geriatric academic programs underwent either geriatric fellowship or earned a Certificate of Added Qualifications in geriatric medicine. Furthermore, of schools awarding a degree of MD, in 2005 only seven reported having a full-fledged “department”. Instead, they tend to be divisions or sections of other departments such as internal medicine. As expressed in a 2009 article by Bernard, et al., a department provides for “a seat at the table” with respect to budgeting, strategic planning and allocation of resources within an academic institution. Such status may indeed enhance research program development. It should also be noted that as of this posting, unlike pediatrics, geriatrics is still considered a subspecialty. In contrast, in 16 countries within the EU, geriatrics is indeed a specialty; the differences between the US and the EU will be discussed in a future posting.

The experts commented on the paucity of clinical trial data at the time in the very old and “oldest old”. This includes patients over 75 and older and 85, respectively. Furthermore, this included the proposal to create a method of dissemination for such data to the wider group of clinicians who manage these patients. This database would include the latest information on pharmacodynamics, pharmacokinetics, and interactions.

The number of older patients enrolled in clinical trials has somewhat increased since the IOM document, however there is still not adequate data available so that providers can be confident that the medications they use in their geriatric patients are safe and effective in this population. For example, in a 2007 study sponsored by the Robert Wood Johnson Foundation which reviewed 109 clinical trials, it was revealed that a fifth of them excluded patients above a specified age, and that almost half of the remaining studies used criteria likely to exclude the elderly disproportionately—frailty or impaired cognition.

These results are echoed in a 2013 article by Hamaker and colleagues who reviewed 1207 clinical trials in hematological malignancies and found that patient-centered outcome measures such as quality of life, health care utilization and functional capacity were only incorporated in a small number of trials. Even in trials developed exclusively for older patients, the primary focus lies on standard end points such as toxicity, efficacy and survival, while patient-centered outcome measures are included in less than one-fifth of studies. In other words, the data from these studies are inadequate in their ability to provide effective guidance to clinicians on these therapies’ effect on the very old.

In 1993, the FDA released guidelines focused on increasing the amount of geriatric information available in the label for drugs which will be predominantly used in this population. By 1997, a “Geriatric Use” section was added to the label in order to report any pharmacokinetic or pharmacodynamic differences between the geriatric and overall populations. Recently there has been a greater push by regulatory agencies both in the US and Europe with the release of ICH E7, guidelines driving toward the goal of ensuring that “real world” geriatric patients including “oldest old”, those with comorbidities, and receiving concomitant therapies are well-represented in clinical trials of new therapies or formulations. At current time, these remain only guidelines. The FDA is currently holding meetings with experts on how to improve the data coming out of trials of therapies designed to treat diseases of aging.

The EU seems to be taking a more aggressive role as the EMA as part of the Agency’s Road Map to 2015, has devised a “Geriatric Medicines Strategy ” and has even put together a Geriatric Expert Group that is charged with providing scientific advice to CHMP and the EMA on issues related to the elderly.

The next post will outline and discuss key recommendations offered by the expert panel with respect to cost-containment, geriatric-specific endpoints, and with an assessment of any developments that may have taken place. In the meantime, I look forward to your thoughts.

Snowfish a commercial strategy firm which partners with the life science industry, has long-standing expertise in helping companies to understand the complexities of the older adult market and the health care system that serves them. We lead the industry in stakeholder mapping and engagement planning. Please reach out to us at snowfish.net to learn how we can help your efforts.