The Montreal Cognitive Assessment: Not an Intelligence Test

The Montreal Cognitive Assessment: Not an Intelligence Test 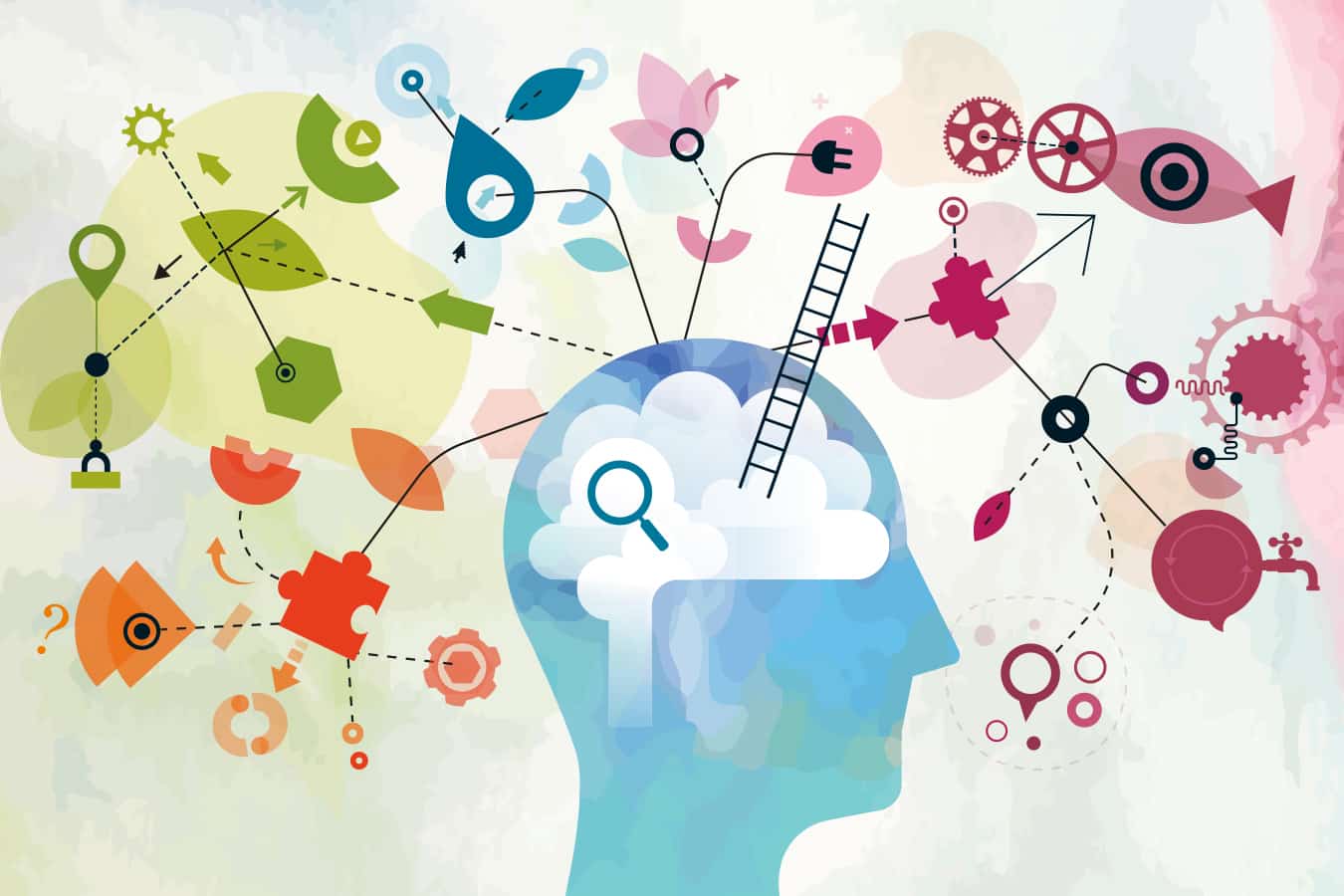 In a recent interview with Fox News host Chris Wallace, US President Donald Trump discussed his success taking the Montreal Cognitive Assessment (MoCA). The President appeared quite proud to have achieved a perfect score. He then questioned whether Wallace himself could answer the last five questions on the exam noting their difficulty.

I was instantly intrigued. Why was the President exhibiting such excitement with is results? Might he hold the perception that the MoCA is a measure of intelligence?

Earlier in my career I was part of a team which conducted research studies which included individuals with dementia. Through this experience, I probably had administered brief cognitive tests such as the Mini Mental State Exam (MMSE) hundreds of times. These are indeed not intelligence tests or even methods to determine mental stability. Rather the MMSE along with a slew of other tests are designed to screen for signs of dementia. The MMSE certainly had weaknesses such as not being as sensitive to pick up mild cognitive impairment and the inability to identify signs of progression at the later stages of dementia.

As the advent of the MoCA came about immediately after my research experience, I was not as intimately familiar with it. My initial understanding was that it has an advantage over the MMSE through its power to identify very early signs of cognitive deficit, particularly executive function.  In this post, I review the MoCA test.

Neurologist Dr. Zaid Nasreddine created the Montreal Cognitive Assessment Test in 1996 as a means to measure mild cognitive impairment or MCI. MCI causes a slight but noticeable and measurable decline in cognitive abilities, including memory and thinking skills. The MoCA, a 10-minute, 30 question examination, evaluates basic cognitive skills such as short-term memory, visual cues, language, and orientation. In addition to memory clinics, it can be administered virtually anywhere any by any provider. Primary care providers or geriatricians often administer the test. President Trump’s test was administered by his own physician. Navy Rear Adm. Ronny L. Jackson at Walter Reed National Military Medical Center.

As per MoCA’s website, the test “has been validated for 55-85 year olds.” MoCA presents the following ranges of scores to grade severity of cognitive impairment:

The MoCA is supposed to be easy

According to Dr. Nasreddine, a score of 26 or higher is considered normal, with the average score being 27. 10% of patients receive a score of 30. While a perfect score would be an encouraging sign for a patient showing some signs of decline, for a normal person, a perfect score should be a given. Why? Experts argue that because many people who take the test are already showing signs of dementia, people with cognitive problems dominate the sample.

In a recent interview with Market Watch, Dr. Nasreddine asserted that MoCA “is supposed to be easy for someone who has no cognitive impairment … this is not an IQ test or the level of how a person is extremely skilled or not. The test is supposed to help physicians detect early signs of Alzheimer’s.”

Pictured below is the test Chris Wallace flaunted in response to Mr. Trump during the interview. While there are different samples of the test, it is designed in way to assess for deficits in a number of domains. These include visuospatial, executive function (e.g., use the telephone, pay bills, etc.), object naming, memory, attention, language, abstraction, delayed recall, and orientation. There are a number of tasks and questions which are accurate indicators of these domains. For example, inability to draw a clock with the hands pointing to the designated time and the numbers appropriately placed, signifies an impairment in executive function. 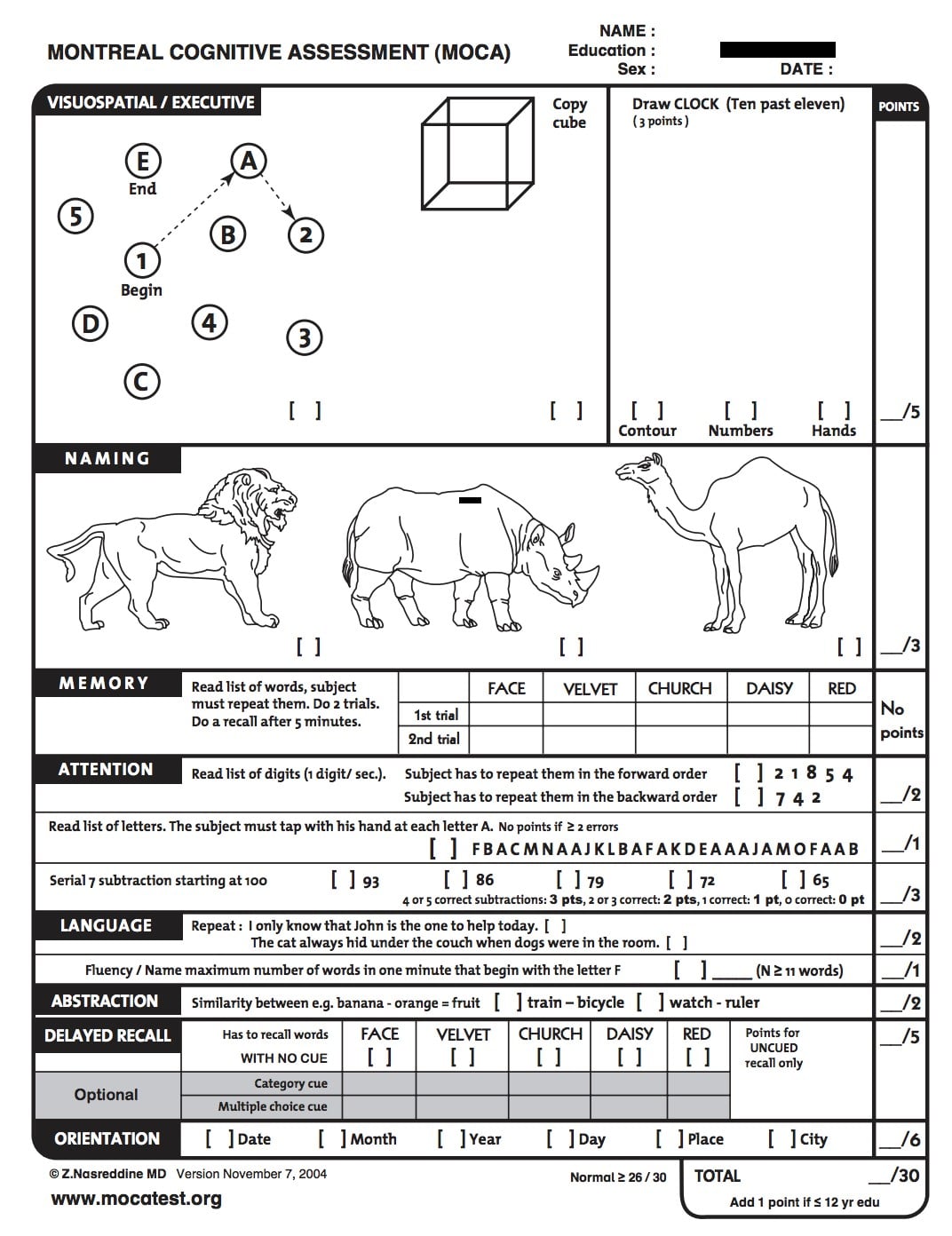 For someone who is not suffering from mild cognitive impairment or dementia, these questions should be relatively easy to answer. However, in the President’s defense, while the MoCA was developed not to be difficult, for some populations could be a challenge even in those without cognitive decline. This includes the hearing impaired. Serial sevens from 100 could be difficult for those who are challenged in math or have attention deficit disorder. Those for whom English is not their first language might struggle with the language or abstraction assessment. Finally, asking the date of someone who is retired or say, on lock down during a pandemic might yield the wrong answer as it is easy to lose track.

The MoCA and other cognitive screening tests: improving awareness

President Trump appears to make light of the fact that he aced the MoCA despite how “hard” he claimed it was. This offers little comfort to those who are truly suffering from MCI or dementia and are frustrated and ashamed by their failure to do something as simple as draw a clock. A score of 25 or below forces them to accept the realization that their lives no longer what they were.

However, screening for dementia is important and the only way to ensure early identification and diagnosis. Critical to therapies in development which strive to slow disease progression, screening also paves the way to more effective planning and non-drug intervention. Both are very useful in the management of dementia.

The silver lining in this cloud could be that since the 24-hour news cycle piqued my curiosity in the MoCA, it might do the same for others. Hopefully, this will increase overall awareness and acceptance of cognitive screening and allow for more open conversation between clinicians and patients on the subject.

Melissa Hammond, MSN, GNP is Managing Director of Snowfish. A geriatric nurse practitioner, she brings unique perspectives to our stakeholder efforts, including those related to dementia, older adults and long-term care. Snowfish has been successfully partnering with the life science industry for almost two decades. Reach out to Snowfish to learn more.”