A single-payer system: How does impact the medical landscape?

A single-payer system: How does impact the medical landscape?

July 30, 2019 Comments Off on A single-payer system: How does impact the medical landscape? Blog Post Snowfish 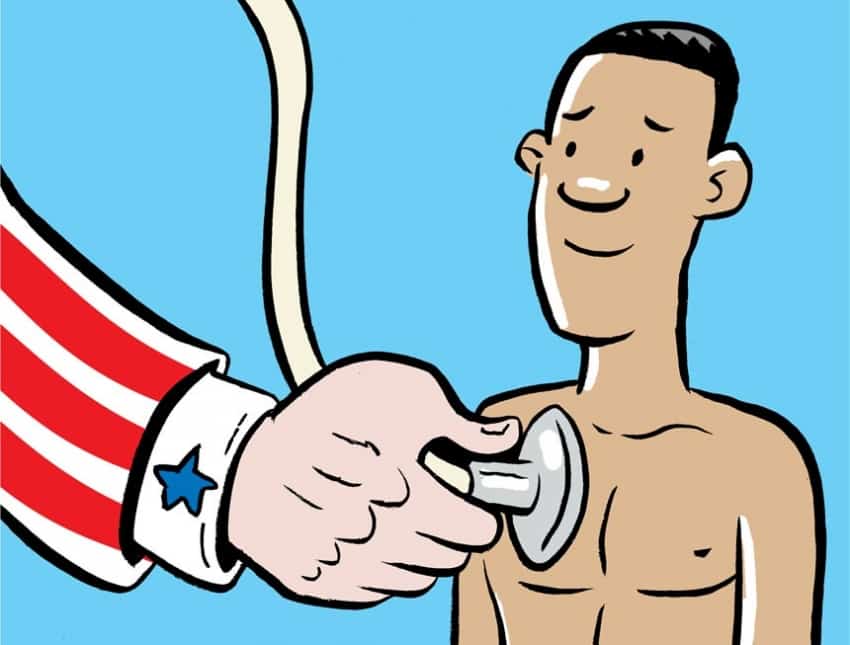 A revolution is afoot and the disrupting waves are influencing all sectors. The mystery is how all of this will play out on the national stage. A recent survey by Reuters shows that close to 70% of US citizens are in favor of the single-payer health care compared to the current system.

Per Bernie Sanders, US Senator and 2020 Presidential hopeful, “If the goal of health-care reform is to provide comprehensive, universal health care in a cost-effective way, the only honest approach is a single-payer approach.”  The US operates the most expensive health care system in the world, spending 17.9% of its annual GDP on health care services. Cost does not always equate to quality which is noted by studies showing that the quality of US health care services is not necessarily superior to that of other developed economies that spend far less.

There are contradicting ideas of what constitutes a single-payer system and the effects it would have on the various stakeholders and the system in general. While a design framework has been devised by organizations including the Congressional Budget Office, there is so much variability in its moving parts that the ultimate program can take many forms. This includes the impact on therapy manufacturers.

To better understand the impact of single-payer and prepare for a potential roll-out, we have outlined the four key considerations that every industry professional needs take into account.

There is no one-size-fits-all when it comes to how a single-payer system may be administered. It may be entirely managed by the federal government or a combination of federal, state and local entities. All of these models have been implemented outside of the US. In some developed economies, such as England and Australia, the single-payer system is managed solely by the national government. In Denmark and Sweden, regions and counties are involved in administering the plans.

Regardless of how it is administered, implementing a single-payer system will require new standardized information technology systems. They would need to monitor, evaluate and coordinate every aspect of
the patient’s care. Despite the additional cost related to software, it is still thought that compared with the current system, single-payer will reduce overall overhead costs by eliminating administrative responsibilities. These include those incurred by governments, employers, and providers to name a few.

Cost containment is one of the significant challenges of the current system. Single-payer allows all health care consumers and providers in the same system to implement cost containment strategies across the entire network.

It is expected that there will be a level of cost-sharing with a combination of government subsidies and individuals paying into the system. Federal dollars may flow to state and local governments depending upon how the particular plan is administered.

Under the single-payer system, the role of private health insurance is limited to three categories: supplemental insurance (in the case of Medicare), substitutive and other types of private insurance.

A new system would likely discourage the use of provider networks, since it covers almost all health care providers, allowing patients more choice. However, depending upon the final policy, a tiered system could ultimately exist. While significantly reduced, there is still likely a role for private insurance such as offering supplemental plans which might pay more or offer benefits beyond the standard plan. There might also be an option to opt-out allowing people to pay out of pocket at higher rates.

Implementing a single-payer system would put substantially more people on the insurance rolls, requiring more providers to enter the system quickly. This could significantly change things such as the scope of practice of mid-level providers to how physicians are trained.

According to a Medscape reader poll, the majority of health care professionals favor a single-payer system. At the same time, however, a study of the impact of a single-payer system on New York hospitals predicted that it would reduce revenues by at least 17% in 77% of the state’s facilities.

One key aspect of a single-payer system is affording the US government with higher bargaining power as is the case in other developed economies. This will likely lower the cost of prescription drugs which can then have a trickle down effect on innovation.

There is quite a bit of emphasis placed on the cost of prescription drugs. However, according to the CBO report, in 2017 they only accounted for about 10% of personal health care spending nationally. This is in comparison to hospital (33%) and physicians’ services (20%). Thus, in a single-payer system, reducing the amount paid for prescription drugs will not have as much an impact as lowering the reimbursement rates for the other two entities. Still, there are a number of pricing models that are being considered per the CBO.

Negotiated Pricing: These types of negotiations between a single-payer system and manufacturers are akin to the those that currently take place between individual insurers and manufacturers.

Value-Based Pricing: Prices dependent on the value of a given drug. This would likely be based on its cost effectiveness or cost relative to the number of quality-adjusted life years gained.

Reference Pricing: Pricing based on the pricing of other drugs in a “reference group”. This might be others within the therapeutic class or what the exact drug is priced in other countries.

Administered Pricing. This is where the pricing of existing drugs can be based on current administered prices and to use alternative methods for new ones.

There are potential issues with access related to all of the pricing models described above. A single-payer system could indeed determine that certain drugs are deemed too expensive or do not offer additional benefit. They would therefore be placed on a non-preferred list. This would ultimately reduce their availability to patients or result in their facing higher cost sharing.

Another important consideration is the effect on developing new therapies. Per the CBO report, “if manufacturers could not offset the price decline in the United States by obtaining higher prices in other countries, they might reduce research and development of new drug products.” One example they give is in the case of pricing drugs relative to their benefit over existing therapies. Companies may decide to focus their efforts on drugs that provide significant advantages rather than “marginal improvements.” While this may appease critics of so-called “me-too” agents, this appears to ignore the impending recognition of
individualized response to therapies. In fact, certain patients may have a better response or experience more side effects with one drug over another in the same class. For example, a colleague was prescribed simvastatin plus ezetimide for high LDL cholesterol with no effect. Once they  switched over to rosuvastain, LDL levels dropped like a stone.

The single-payer system has been tested and proven effective in many developed economies, but there are many peculiarities in US health care. In the US, health care represents almost 18% of the U.S. GDP, a higher percentage than any other country. This will be front and center in the upcoming 2020 US elections with multiple stakeholders (patients, physicians, life science companies, hospitals, insurance companies, etc.) adding their voice. We fully expect change. What form it will take depends on the upcoming election results and consensus developed within key constituent groups, stay tuned.

Snowfish is a strategy consulting company which serves the life science industry. We are often called upon to help our clients think in new ways whether it is their approach to stakeholders, landscape analysis, or other critical areas. Please reach out to us at info@snowfish.net to learn more.