Amarin Decision: A Tragic Loss for Life Science and Patients

Amarin Decision: A Tragic Loss for Life Science and Patients 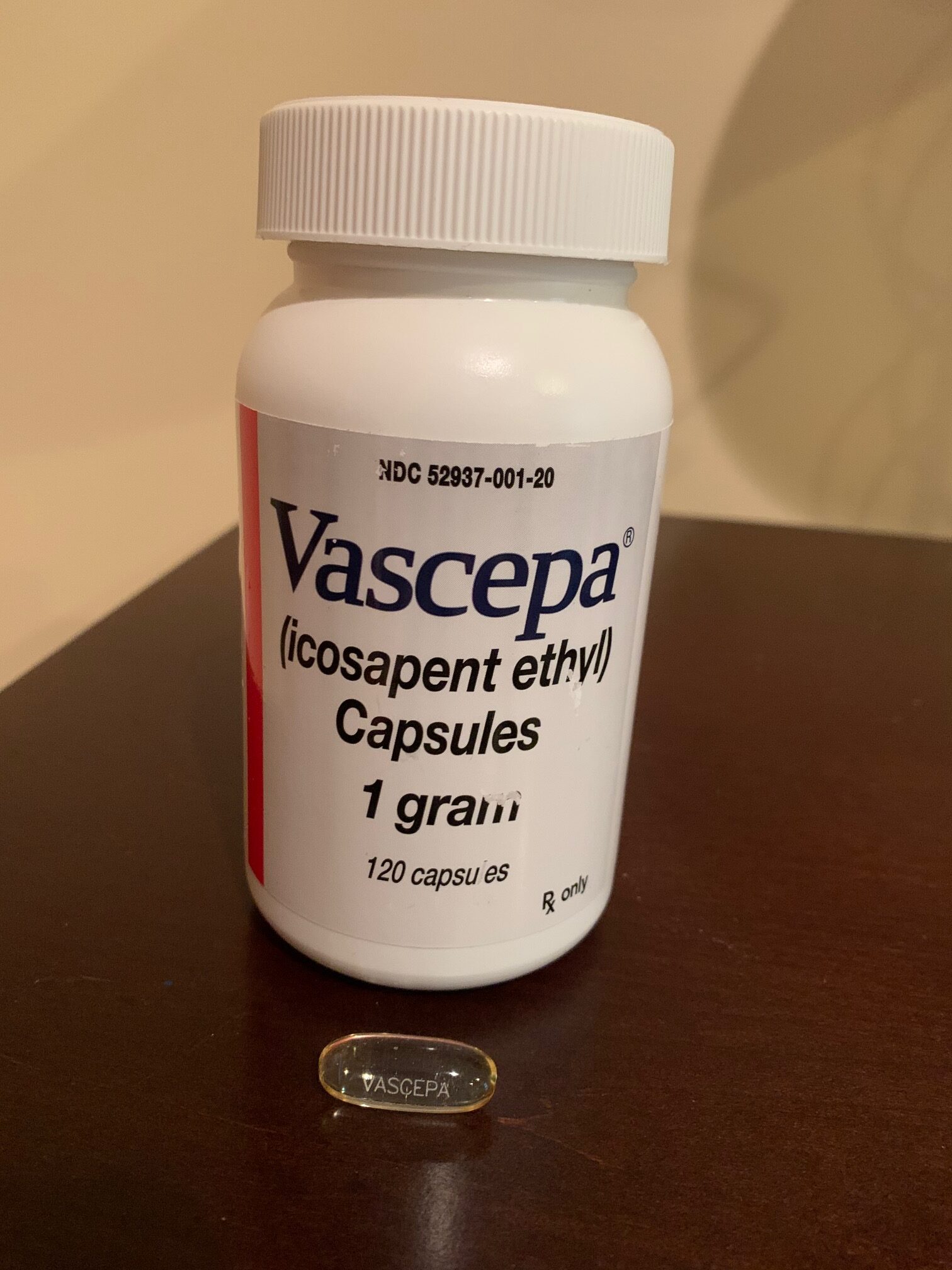 In a relatively quick ruling, one that Amarin expected to occur in Q4 at the earliest, the U.S Court of Appeals for the Federal Circuit in Washington invalidated Amarin’s six patents. Essentially, this upheld the decision by the U.S District Court for the District of Nevada that Amarin’s patents for Vascepa, were a variation of early knowledge and obvious. In the decision’s immediate wake, Amarin shed 11% of its share value at market opening.

The ruling against Amarin presents a host of issues not only for the pharmaceutical and generic industries but also society as a whole. To put it bluntly, everyone loses: patients, Amarin, innovation, and yes, even generic companies. 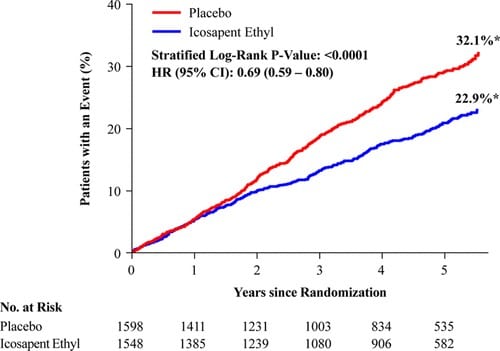 Vascepa was considered a monumental innovation in lipid management. Dr. Bhatt, Executive Director of Interventional Cardiovascular Program in the Heart & Vascular Center at Brigham and Women’s Hospital, posited that “[Vascepa] may be the biggest development in cardiovascular secondary prevention since statins.” Amarin’s REDUCE-IT trial supports this bold statement as it  found that Vascepa reduced the risk of important cardiovascular events. Vascepa also decreased death due to cardiovascular causes by 20%, reduced myocardial infarction by 31%, and minimized stroke by 28%. The effectiveness of Vascepa cannot be understated. However, the majority of patients may never know about the benefits in the U.S. because Amarin will likely severely cut education and awareness directed at clinicians and patients.

It cannot be overstated how impactful this decision is to Amarin. Without valid patents for Vascepa, generic competitors can now compete with Amarin in the U.S. market. Dr. Reddy and Hikma, as well as other generics, will now undermine Amarin’s market share because they can compete strictly on price. Generics have long been a threat to pharmaceutical companies, creating bioequivalents of FDA-approved drugs, but avoiding the significant costs to develop, market and drive awareness. However, the usual pathway for generics is to come in after a drug has been able to enjoy years of market exclusivity in which allows ample time for the clinician and patient communities to become aware of the treatment and its benefits. This in fact will not be the case for Amarin’s Vascepa where approval for the latest and most impactful indication preventing cardiovascular events was not granted until December, 2019. Generics generally cost a few percentage points of the original list price.  For Q2 2020, Amarin’s reported sales of $135.3 million for Vascepa, their only marketed product. The likely outcome will be a huge erosion in price for the U.S. market once generics enter.

As we have written previously, legislators have to walk a fine line between incentivizing pharmaceutical innovation and lowering drug prices. Before the Hatch-Waxman Act of 1984, generic drugs made up approximately 20% of the market. Hatch-Waxman ushered in a rush of generic entrants in the market. Today, generics fill between 80 and 90 percent of all prescriptions in the U.S. Policy makers have attempted to incentivize pharmaceutical innovation, but at the same time lower drug prices. Thus far, pharmaceutical companies have been innovating. However, the Amarin decision threatens that trend.

The appellate court’s decision ruled that Amarin’s patents were invalid because of obviousness. This precedent may likely threaten another growing medical sector: marijuana. With increasing public approval, cannabis has become mainstream. Industry is embracing its mechanism and is working on an array of cannabinoid-based prescription drugs. In 2018, GW Pharmaceuticals had the first of its kind, Epidiolex, approved for childhood onset epilepsy.

Medical cannabis is often viewed as a viable method to combat weight loss from chemotherapy. While watching Cheech and Chong’s Up In Smoke recently, I viewed a scene where police officers were standing next to the duo’s “marijuana van” (the van was made entirely out of marijuana). The van caught fire resulting in the fumes wafting towards the cops. Coincidently, the cops became increasingly hungry and started scarfing down pizza. Cheech and Chong’s film from the 1970s reveals obvious knowledge that marijuana makes people hungry. There is ongoing discussion of the potential for a cannabis-based pharmaceutical to help with anorexia related to cancer treatment, frailty, or AIDS.

With the Amarin decision in the back of their minds, medical cannabis companies may not innovate for fear of their patents being struck down. Their products produce “obvious” effects; thus, these fears are justified.

Beyond cannabis, other pharmaceutical companies are now disincentivized to innovate in areas where “obvious” knowledge exists. The Amarin decision threatens a life science company’s life blood: intellectual property. Without the security of a patent, companies will not innovate.

While Dr. Reddy and Hikma may have won the battle, they have lost the war. As generics companies, both firms do not detail their products to doctors and hospitals. Importantly, generics companies need a well-established brand name drug to ride the coattails of to sell their own product. For example, let’s take a look at statins.

Generics companies have had remarkable success in the statin class of drugs because branded statins were well-established and pharmaceutical companies continually provided momentum for these agents. In 1987, Merck released the first statin, Mevacor. While competing with Sankyo and Bristol-Myers Squibb’s Pravachol in 1990s, Merck also released Zocor. By the time of Mevacor’s patent expiration in December of 2001, pharmaceutical companies had created a whole class of statin therapies. Generics benefit from drug classes because of the “class effect”, an assumption that every drug in a particular category does the same thing. As a result of ongoing promotion coupled with this class effect, clinicians will then write prescriptions for generic versions of brand name drugs.

Momentum for statins continued in the early 2000s with the release of Pfizer’s Lipitor. In 2006, Lipitor sales peaked at $13 billion. This was backed by of hundreds of millions of dollars’ worth of professional advertisements, medical education, sales rep visits, direct to consumer, professional society engagement, research support, and other key initiatives. This heavy lifting by the branded companies ultimately helped generic statins as the whole lipid management “ecosystem” was essentially bought in and were adopting the messages supporting statins. Generics were able to enter the market in the early 2000s, profiting handsomely. This momentum was maintained through subsequent branded statins such as Crestor and its eventual generic version.

However, Amarin differs. Unfortunately for the generics, Amarin’s Vascepa and GSK’s Lovaza do not constitute a class. In their investor deck, Amarin asserts that “awareness [is] low among patients and physicians.” With little awareness, clinicians will not prescribe nor will patients purchase a generic Vascepa they know nothing about. In reality, it appears Dr. Reddy and Hikma have shot themselves in the foot. The awareness level and sales for the “fish oil” class is relatively low and is really just getting started.  So rather than selling generics for a 10+ billion dollar class they will be selling generics for a $ 400 to 500 million drug from one company, a real loss to them.

Simply A Huge Loss to Everyone

The number one killer in the U.S. is heart disease with roughly 650,000 deaths a year. Without Amarin communicating Vascepa’s effectiveness, countless lives may likely be lost. Unfortunately, with no incentive to invest in the programs necessary to create widespread adoption, U.S. clinicians will be unaware of the therapy and its benefits.

Innovation will likely to suffer. Companies may be hesitant to spend the hundreds of millions to prove to the FDA that a certain formulation of their product is indeed more efficacious for fear that their patent will be ruled as “obvious”. It will relegate many potential products to the wild west of dietary and food supplements.

From our perspective, this is a horrible decision that will shape future products. No-one wins.

David Fishman is President of Snowfish. Snowfish has been partnering with leading pharma, biotech and med device companies to optimize their stakeholder networks for almost two decades. Reach out to Snowfish or info@snowfish.net, to learn about how our expertise can enable your team to collaborate with your most important stakeholders.