Competition vs Innovation: US Legislation Impacting Pharma in the 2020’s

Competition vs Innovation: US Legislation Impacting Pharma in the 2020’s

August 25, 2020 Comments Off on Competition vs Innovation: US Legislation Impacting Pharma in the 2020’s Blog Post Snowfish 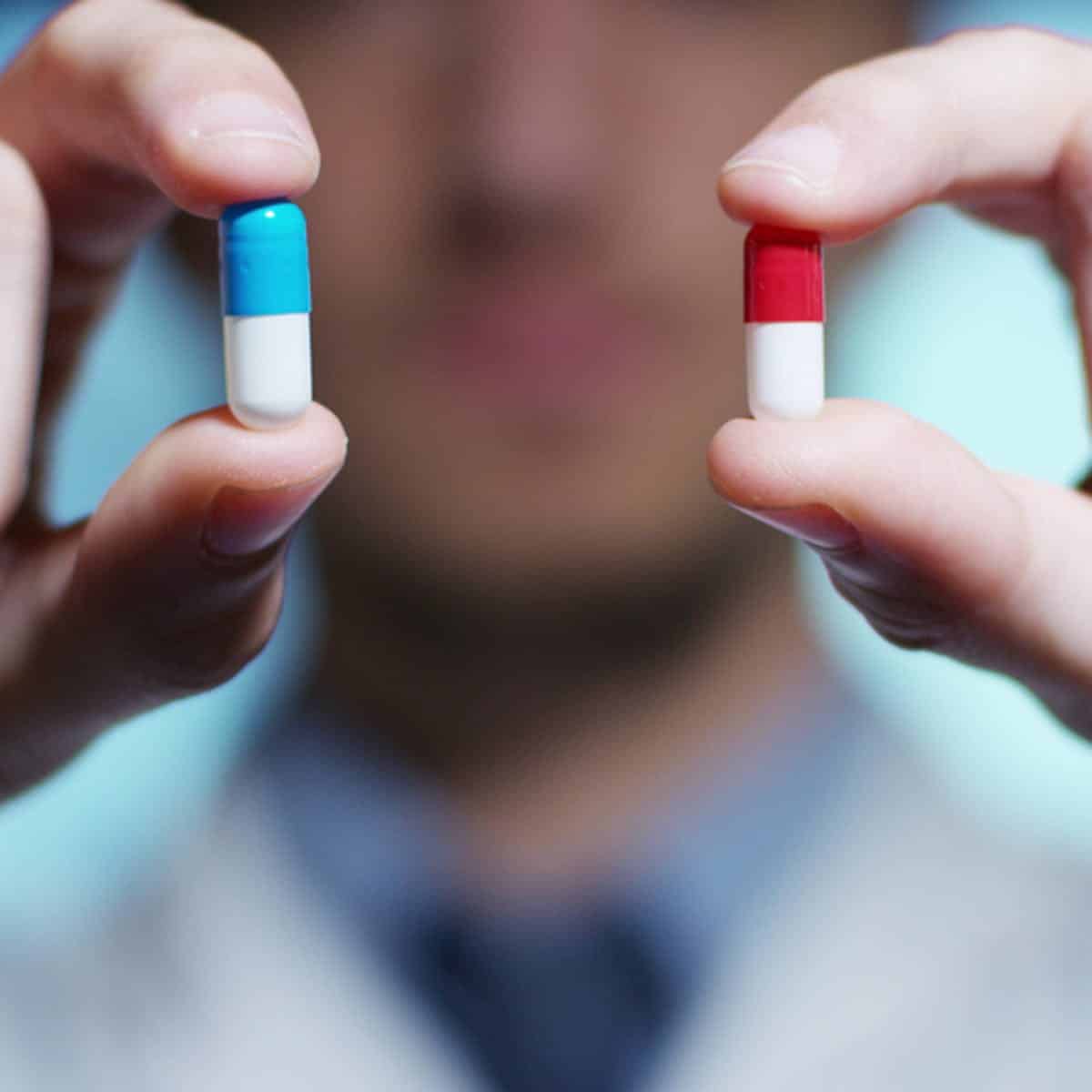 Time is ticking! Need to optimize the value of a new therapy before generics are available. How can we extend the patent? These are all top of mind when developing, commercializing and managing the life cycle of a therapy. Unless engaged heavily in government affairs, it is easy to miss that this is all guided by legislation. And it is constantly evolving. As a quick update, we review three relatively recent pieces of United States legislation that everyone should be aware of given their potential impact to the industry in the 2020s.

Context: To effectively discuss this new legislation, we need to back to the 1980’s. Originally passed in 1984, the Drug Price Competition and Patent Term Restoration Act, known colloquially as Hatch-Waxman, attempted to strike a balance between incentivizing pharmaceutical innovation and promoting generic competition. This essentially kicked-started generic entrants into the pharmaceutical industry.

Hatch-Waxman mandates that drug innovators provide the FDA a number of patents that they believe covers their drug. The FDA then adds the submitted patents to the Orange Book. In the event of regulatory delay, Hatch-Waxman extends the life of those patents. To balance, Hatch-Waxman allows generic companies to challenge these patents by filing an Abbreviated New Drug Application (ANDA).

Typically, generic manufacturers file ANDAs before the innovator’s patents have expired. Thus, to receive FDA approval, generic applicants must assert that the patent in question is invalid or does not apply (paragraph IV certification), and the generic applicant must notify the patent holder. Now, within 45 days of the ANDA notification, the patent holder can counteract that effort and file an infringement suit. An infringement suit automatically postpones FDA approval of the generic either for 30 months unless the patent expires in that time, or until a judge rules the patent to be invalid.

In 2012, Congress passed the America Invents Act (AIA). Establishing a Patent Trial and Appeal Board, AIA created a new post grant review process, inter partes review (IPR). Generic petitioners could now go before an appeal board and challenge the validity of an innovator’s patents.

Today: In effort to stop double jeopardy for innovators by allowing for patent challenges from two sides, in February of 2019, Rep Bill Flores and Sen. Thom Tillis introduced the Hatch Waxman Integrity of Act of 2019. It mandates generics to choose between the Hatch-Waxman framework and the IPR process. As of this writing, the bill has been introduced in the House and Senate and referred to committee.

Context: To prevent competition, innovator companies have engaged in a variety of tactics to delay FDA approval for generics. They include denying generics access to product samples.

Having been proposed in some iteration for a number of years, Congress passed the Creating and Restoring Equal Access to Equivalent Samples (CREATES) Act. This is part of the Further Consolidated Appropriations Act of 2020. The law, the seeks to “to promote competition in the market for drugs and biological products by facilitating the timely entry of lower-cost generic and biosimilar versions of those drugs and biological products.” To accomplish increased competition, the Act allows generic companies to sue brand-name manufacturers who refuse to provide testing samples. Generics need such samples to prove bioequivalence. Likewise, because they must use tests with living organisms, biosimilars require such samples to receive FDA approval.

In order to win a proceeding, the law specifies that “an eligible product” must prove “by a preponderance of evidence,” that the branded product “is not subject to a Risk Evaluation and Mitigation Strategy (REMS) with Element to Assure Safe Use (ETASU).” If the branded product is subject to a REMS with ETASU, the eligible generics developer must prove: (1) that it has obtained Covered Product Authorization (CPA)  from the FDA, (2) provided the authorization to the license holder, (3) requested to purchase sufficient quantities of the branded product, and (4) the license holder has not delivered sufficient quantities to the eligible generics developer. If the generics developer wins, the brand company must provide the samples, pay attorney’s fees and litigation costs to the product developer, and potentially pay a penalty.

Today: With the passage of the CREATES Act, generic and biosimilar companies have more power to compete with innovators. While some may argue that the Act will create more lawsuits, ultimately, it has the potential to even the playing field on a legislation front between generics companies and innovators.

Of Note: We have written previously about the generic industry. While acts such as Hatch-Waxman and CREATES address competition, other factors undermine generic and biosimilar manufacturers’ ability to compete. Such factors include declining profitability and limited access.

Generics companies have become less profitable as a result of deflation. Despite making up 90% of all prescriptions in the U.S, generics only account for 22% of overall prescription drug spending. With declining profitability, some generic products have become unsustainable. As a result, companies have been cutting their portfolios of generic drugs, decreasing competition.

As for biosimilars, there is no shortage of biosimilar agents; the issue is access. In the current system, payers often prefer to cover branded biologics as opposed to biosimilars, further harming biosimilar competition.

Context: In May of 2018, President Trump revealed his American Patient First Pan, a blueprint to reduce healthcare costs in the U.S. Americans spend more on healthcare than every other country. According to the OECD, the U.S spend 16.9% of its GDP on healthcare, almost twice as much as the average OECD country (8.8%).

With the high cost of healthcare being a prevalent campaign issue, the Trump Administration revealed American Patient First. This was designed to combat an array of problems associated with healthcare. The plan seeks to address a slew of issues including “high list prices for drugs, seniors and government programs overpaying for drugs due to lack of the latest negotiation tools, high and rising out-of-pocket costs for consumers, and foreign governments free-riding of off American investment in innovation.” To remedy the situation, the Trump Administration identified four key strategies to reform: improved competition, better negotiation, incentives for lower list prices, and lowering out-of-pocket costs.

Today: Although initially criticized for its lack of teeth, the APF has made progress on some of its objectives since its inception. In December of 2019, Congress passed the CREATES Act (described earlier) as a way to increase generic competition. To improve Medicare Part D, the Administration signed legislation (Patients’ Right to Know Drug Prices Act) to prohibit gag clauses preventing pharmacists from informing patients about lower-cost methods to obtain prescription drugs. However, the Administration has made little progress on better negotiations for Medicare and Medicaid and lowering out-of-pocket costs caused by PBMs. In June of 2019, the Trump administration abandoned its plan to overhaul drug rebates.

Of Note: We have previously written about high list prices for “one and done” therapies, i.e., those that are used as a cure rather than for management using chronic administration. While Trump’s plan asserts a goal of incentivizing companies to lower list prices, it fails to account for pharmaceutical companies’ profit structure when it comes to these types of therapies. Indeed, critics contend that one and done therapies’ prices are excessive, however pharmaceutical companies can no longer recoup costs in the form of an annuity.

In the paraphrased words of former FDA commissioner Dr. Scott Gottlieb, you cannot destroy existing incentives without upending what has been achieved over the last decade.

In the 2020s, the American healthcare system will be ripe for change. The legislative moves above all have a central theme of increasing generic and biosimilar competition. While the Acts do increase avenues for litigation, they do not solve other issues associated with generics and often ignore the risk to innovation. However, it is important to note that substantive changes in the healthcare system will depend on the party in control.

Snowfish has been helping leading pharma, biotech and med device companies optimize their stakeholder networks for almost two decades. Reach out to Snowfish or info@snowfish.net, to learn about how our expertise can enable your team to partner your most important stakeholders.